WHAT’S UP NATION!? Here it is the official line up for this year’s ROCK STAR ENERGY DRINK MAYHEM FESTIVAL. They promised us their most diverse line up yet and they were not kidding. Just look t that beautiful line up, just across the metal spectrum. We’ve got Avenged Sevenfold, KoRn, Trivium, Asking Alexandria, Mushroom Head, Ill Nino, Cannibal Corpse and BODY COUNT featuring ICE-T!!! Plus the triumphant return of Suicide Silence sense the death of their late singer Mitch Lucker. I think it’s safe to say we are in for a great summer. This line up get 4 out of 5 horns \m/\m/\m/\m/. Go to Official Mayhem Fest website for more details and I hope to see you all there. ROCK ON

WHAT’S UP NATION!? Slipknot will be bringing back their festival KNOTFEST this year but, just like last year’s OZZFEST they will be taking the show to Japan November 15 & 16. According to percussionist CLOWN there will be both American as well as Japanese bands stating that it’s a culture thing which is great to see. By allowing these bands to have their name attached to Slipknot’s it could mean wider recognition for them. No other bands have been announced yet but be sure to check out the official KNOTFEST JAPAN website for official details. As for the rest of us who can’t make it, let’s hope they will broadcast it live on Pay Per View like last time so we can catch all the fun, excitement, and magic of KNOWFEST JAPAN!

Today the shock rock community has suffered a great loss, Dave Brockie better known as “Oderus Urungus” from the band GWAR has passed away. I had seen Gwar twice and even had the pleasure of meeting Mr. Brockie and he was a man who always stood up for his music and the art of shock rock. The cause of death has yet to be determined and, I don’t know what’s going to happen to his band but, one thing I do know is that he will be greatly missed. Goodbye Dave, say hello to Cory Smoot for us.

WHAT’S UP NATION!? You know, music comes in all sorts of sounds, colors, textures, and genres. Most people are familiar with traditional styles like Rock, Pop, hip hop, country, etc. But there is one type of music that I feel doesn’t get enough credit, something that’s been here all the time but, most people don’t really know it’s there. A genera I like to call “Themed Driven Music”. So what does this music sound like? Well, almost anything, see this type of music focuses around a motif that inspires them & they range anywhere from TV, Movies, Books, & Video games. Which sure, a lot bands have written songs about but, not many of them focuses their entire act on one specific thing. Like my friend’s band FIRST JASON Their music is a well crafted mix of both rock and punk but, also features elements of psychedelic blues and funk with just a drummer, bassist, & a keyboardist but, the main focus of this band is a celebration of the character Jason Voorhees from the “Friday The 13th” film series as well as the art of horror. This is what the “Theme” is for this band and the kind of material they tend to write about. Now let’s take a look at another band, one whose theme not only comes from another culture but, from another country. A band know as S.S. Hanami 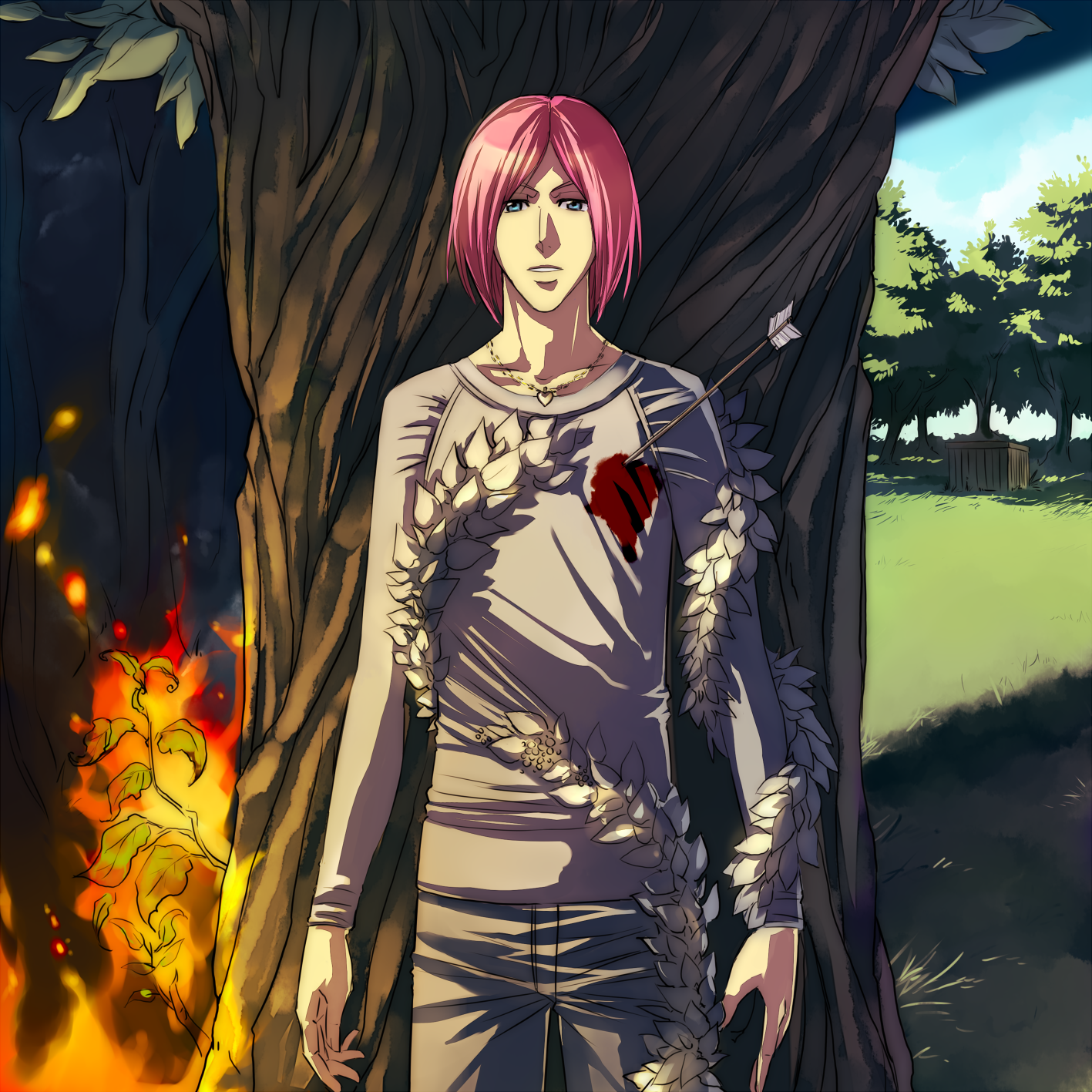 The theme for this band is “Anime” and, they do use some traditional elements but, they also use a lot of Japanese Musical elements as well. Like playing a “Koto” to bring more of a haunting atmosphere, a keyboard synthesizer for added effects, and a touch of J-Pop. The style of this band is meant to reflect upon deeply moving scenes in anime as well as using the artistry of “Visual Kei”.

You can find themed driven music in just about everything, so if your a fan of certain films, games, or TV shows then try scoping music like this out. You may have to Google it but, if you want something that feels different and celebrates something you enjoy,then it’s worth the time. Be sure to check S.S. Hanami performance at the Grand Brony Gala in Tampa FL Aug. 15-17 as well as First Jason’s appearance on my show “Interviews From The Pit”. Until next time i’m the Concert Cruizer and, i’ll see you BACKSTAGE!!!

WHAT’S UP NATION!? Linkin Park will be hitting the road this summer on the Carnivores Tour along with Thirty Seconds To Mars and Special Guest AFI (A fire Inside). This tour sounds like a blast, we got Linkin Park who is making a new album, Thirty Seconds To Mars with their progressive Expiramental Rock, and with AFI’s Horror Punk Rock style. This is sure to be an incredible night of live music, now if you want a chance at pre-sale tickets and possibly even meet Linkin Park. I would highly recommend you join their fan club the LP Underground, I was a member for many years and even met them twice because of it, take a look for yourself.

This is one of the few fan clubs where you get spoiled. You get all this exclusive merchandise, plus pre sale tickets, meet and greets, and all the online goodies. Be sure to check out Linkin Park’s new song Guilty All The Same. This song has a great rock vibe, a good hip hop bridge, and gets me excited about the new record. Hopefully we will get to hear some more new songs during the tour.

WHATS UP NATION!? This is The Concert Cruizer here and this week were gonna look at the new album from one of the pioneers of “NU METAL”. I have been a big fan of theirs for a long time and with the return of their second guitarist Brian “HEAD” Welch I could not wait to check out 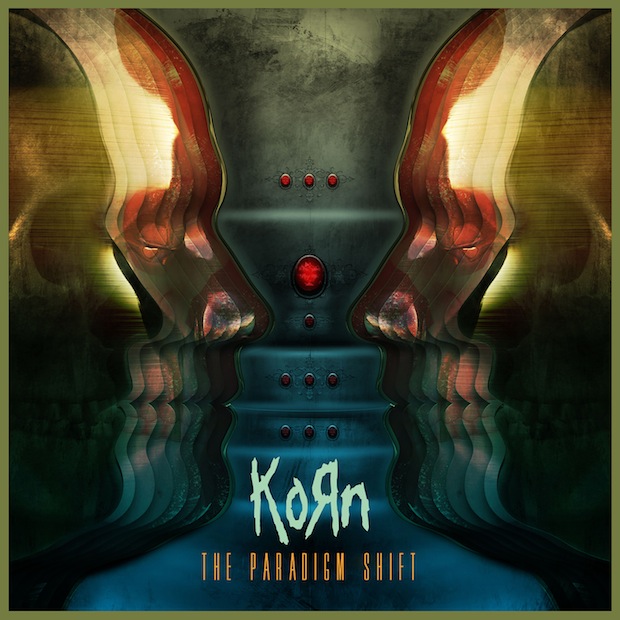 I was so thrilled about this new album it marked the return of Head, brought back that groove writing style, and I couldn’t wait to hear how Ray (Their newest drummer) was gonna sound with Brian…..but, then I heard the first single Never Never. It was catchy but it wasn’t the kind of song I was hoping for but, luckily my fears were laid to rest when I heard the second single Love & Meth. This song got me back into the excitement for this record and it did not disappoint.

This collection of songs has familiar feel to it, almost as if it was the missing seventh album, it had all the elements of their previous records as well as some new ones. Munky and Head still being a great & cohesive unit, Fieldy bringing back that percussion style of playing, Jonathan Davis manages to bring that vengeful sound, and Ray Luzier has proven he is a suitable replacement for their previous drummer. This album is just great and I give it 4 \m/\m/\m/\m/ out of 5. Korn it’s great to have you back, I can’t to see you guys live again, and I hope I can meet Brian “Head” Welch.