Well I picked up a copy of the re release of Drowning Pool’s Debut album SINNER and I would like to tell you my thoughts on it. Personally……There are somethings I would of have done different. All the images I have seen of this album’s advertisement looked like this

I love this picture. The ghostly image of the number thirteen tells you that’s the thirteen anniversary edition of the record and doesn’t over power the original artwork but, that’s not what we got. Instead we get this.

Just the same cover with a sticker on the shrink wrap. Sure it’s big so it catches your eyes & it says its the new version but when all your advertising was of that other image. People will be looking for that, I know I was. There is also no booklet but, instead a sticker that says “Let The Bodies Hit The Floor”

which isn’t bad but I was hoping that there would be a new booklet with photos or notes from the band talking about what it was like recording these songs with they’re late singer (Dave Williams) and what they meant to him.

One of the special features of this record is original album re-mastered and I didn’t notice any real significant difference. To be sure I sent both versions of the song “Bodies” to my editor Curt Schimmel and sadly he didn’t notice much of a difference in quality either but, the real selling point of this album is the second disc which contains unreleased demos with Dave. It is a very nice collection of demos and it’s good to hear Dave’s voice on something different. That being said, It would of been nice to have Tear Away (Acoustic), Break You, Bodies (Vrenna XXX Remix), and Sermon (Live Radio Session). Now I can already hear what everyone is saying “Hey those were on the SINEMA DVD”. 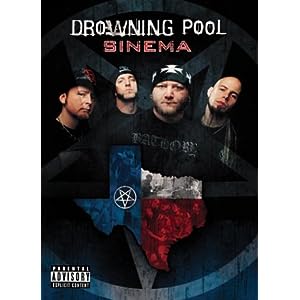 And that’s the problem it’s on a DVD which means I can’t put those songs on a compact disc without conducting some form of piracy. It would have been nice to have those songs all on one CD. Along with songs from soundtracks they were featured on like Bodies (Live), Creeping Death (Live) Reminded (Live), Triple H theme, and The Man Without fear feat. Rob Zombie (One of the most underrated songs of all time). I hope they are saving something like that for another release sometime in the future. Now all that said, is the CD worth getting?……..I would say YES! It’s really refreshing to hear Dave’s voice again and all these unreleased Demos is an absolute must have for any Drowning Pool fan. Dave was unique man with a great personality and not only is great to see Drowning Pool continuing as a band but, the fact that they’re keeping Dave’s legacy alive. So until next time nation STAY LOUD!!!!

WHAT’S UP NATION!? This is The Concert Cruizer and I just picked up the new Godsmack album 1000 HP. 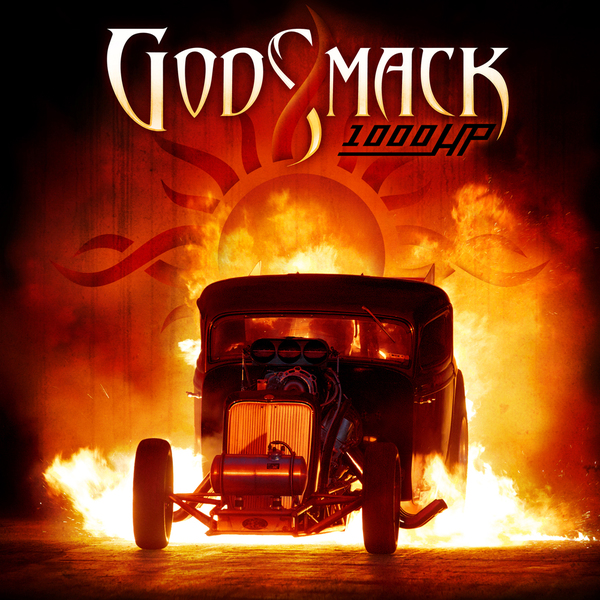 I have to admit I was REALLY looking forward to this new album. As big of a Godsmack fan as I am I wasn’t I wasn’t impressed with they’re last effort (The Oracle) but, then I heard the first single off this new album which is the same as the album title and it caught my attention. So after a few listens I can say…..GODSMACK is BACK! This records sounds exciting and full of energy, something I haven’t felt in music for some time. They tried a different approach on this record like take for example the opening track 1000HP, it tells the story of just them starting out as a band back in they’re home town of Boston Massachusetts and they don’t hide it like a metaphor. They tell you straight up “Time to rewind back to 1995 when we were nothing. Walking through the streets of Boston no one listening”. They don’t beat around the bush in this song and I love that. While we’re still on the topic of lyrics, another song that surprised me was FML (Fuck My Life). Now I normally HATE this phrase because when most people use it, their life is actually not that bad but, what makes the way they say it better? Because singer Sully Erna uses it as a way to challenge people. What he’s saying it I DARE YOU to fuck my life! Go ahead and try. Granted he doesn’t strait up say that but, it’s pretty easy to figure out so MAJOR props on originality. They also introduced some new elements into this record as well like a violin solo on “Something Different” which sounds very elegant in this hard rock song. As well as different guitar effects that fits the tone of each song. This album is really breathe of fresh air, even the filler songs have character to them like, sure this song may not be a single but we still gotta put everything we got into it. Godsmack put all their efforts into this CD and it shows so this album gets no joke a PERFECT SCORE!!! 5 HORNS OUT OF 5 \m/\m/\m/\m/\m/. Congrats Godsmack, I hope I can interview you guys some day.

People it pains me to say this but Static-X founder and frontman Wayne Static has just passed away. He was only 48 Years old. Cause of death has yet to be determined but some of his associated believe it was a drug overdose. Whether it was or wasn’t he was one of the last remaining Industrial Metal artists of our time and he will surely be missed. Goodbye Wayne. Say hello to Paul Grey for us.