I am sad to report that singer PETE BURNS from Dead or Alive has passed away from a heart attack. He was only 57 year’s old. Pete and his band were known for their smash hit You Spin Me Round (Like A Record) and while they are commonly referred to as One Hit Wonders. Pete had a steady career hosting British Reality shows. I personally never seen them but people found him enjoyably bitchy and he manage to bring a lot of joy to viewers. And his fans will miss him. 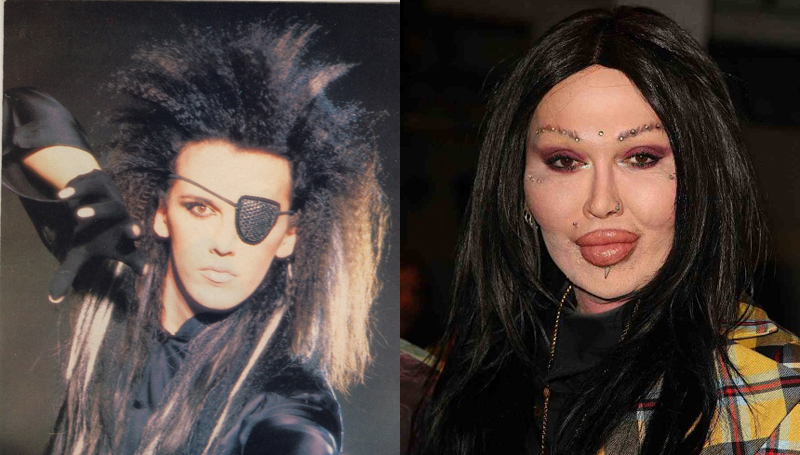 Every now and then I would wonder through a used CD store, research a band’s discography, or hear something interesting on Spotify that catches me off guard. Something I didn’t know existed and it deserves attention. So today we’re gonna look at the Green Jello’s third album “Musick To Insult Your Intelligence By”.

Musick To Insult Your Intelligence By

This album features most of the original line up from both of their previous albums (The Cereal Killer Soundtrack and 333) and contained a whole new array of characters including  geek girl, a Rabbi, Scroty the Clown, and many more. The album as a whole feels like a combination of their previous two records and opens with a song called “Sugar & Spice” The beginning alone sounds like they went back to their roots of sounding comically awful, while still taking it to the next level. The song itself is a take on the old nursery rhyme of Sugar & Spice and Everything Nice and turns it into a full fledged song.

The next song is probably my favorite. It’s called  “GEFILTE FISH ” and it is a punk rock parody of Marylin Manson’s The Beautiful People. I love this song, I have seen Marylin Manson twice and he’s always known for his shock rock antics but this song takes what he’s known for and turns into a Kosher Joke. It’s hilarious, it’s fantastic and I wish there was a music video for it (more on that later).

Stabby The Clown you can tell was made to be a performance piece. Its about a Freak Show performer who goes by that name and tells about his adventures. Again I WISH there was a music video for this. Another good one is I WILL NOT. Im not entirely sure what the joke of this song is but apparently it’s some kind of a play on words. Regardless it’s still a great punk song. The opening bass line has a nice groove to it and the gravely vocals works very well with the instrumentation.

So if the album is this good then why haven’t you heard of it? Turns the label didn’t give Bill any money for video or a tour. I don’t think the label even really promoted it. From what I can tell he just threw the album up on eBay and online music stores. Bill doesn’t even sell copies of it at his show. In fact he encourages people to illegally download it saying “if he’s not gonna make any money. Then neither will they”. So you have Bill Manspeaker’s permission to go the youtube links I have posted and download his unheard album for free and hopefully more people will know about this amazing unheard album. That’s it for now nation and until next time. STAY LOUD!!!

As of late I have to admit. Music hasn’t been capturing my interests lately. There’s a huge over saturation of the same sound and metal has become so boring to me. I grew up in the 90s when radio was thriving and that’s where you’d get all your new music from. Now it’s a thing of the past. My local rock radio station is gone, most stations don’t have a DJ (or a personality), and they play the same thing over and over again. I have resisted online music streaming for so long but I finally caved in and decided to try Spotify. And so far it’s not been a bad experience. It has introduced me to various types of rock and metal that you know would not be played on any American radio station (probably not even Satellite Radio).

Like I found this play list of FOLK METAL. This certainly raised my brows with interest so I gave it a listen. Most of what I heard definitely had layers and textures of Folk but none of it gave me that feeling of wanting to get up, throw my first in the air and roar. But then I came across a band called WINTER STORM and their song THROUGH THE STORM and THIS IS WHAT I WAS LOOKING FOR. Not only does it give me that feeling of excitement but this one song along gave me a sense of  an adventure, of a battle, of brave warriors on the march. All feelings that most songs today don’t give me. As you get older you become harder and harder to impress but these guys impressed me. Be sure to click the links above to check them out for yourself and if your going to use a service like Spotify. Do the bands and artist a solid and buy their music to keep them and musical artistry alive. So until next time Nation STAY LOUD \m/\m/