OK I have been meaning to give you my thoughts on the new Korn album “The Serenity of Suffering”. Seeing how I wasn’t that impressed with it debut single ROTTING IN VAIN. Well I have heard the whole album and all I have to say is….I am SO HAPPY to be proven wrong. 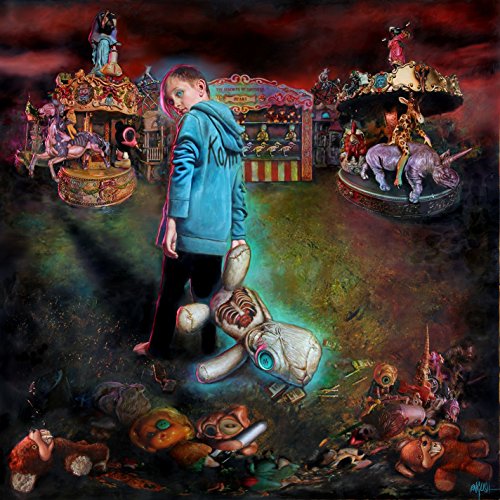 This album is fantastic. The first thing I noticed is that it seemed like a combination of FOLLOW THE LEADER and ISSUES and with having Brain “HEAD” Welch back and the advance style of drummer Ray Luzier, it’s like a new take on their old style. So it’s a great combination of old and new.

Second thing was how much differently Rotting In Vain sounds. It quickly grew on me and thats when  I realized. Music (especially heavy metal) is meant to be heard through a decent sound system. Don’t ever critique a song like this through computer speaker or cheap ear buds. Otherwise you will not get the full effect. Listening to it in my car I was able to hear (and feel) the emotion of the song much more clearer  and vocalist Jonathan Davis can still pack a punch with his screaming vocals.

And finally, it has the perfect balance of heaviness and melodic. I hate it when metal bands are heavy just for the sake of being heavy. On this album Korn hits the nail on the head with knowing when to crank up the distortion, the proper effect setting to achieve the right reaction, and even sings lightly during heavy parts without it feeling so out of place. This is perhaps one of the best albums I have heard all year. While I fully supported them from See You On The Other Side (which is a HIGHLY underrated album) to The Paradigm Shift. It’s hearing hem return to a similar sounds but still keeps it fresh. With that in mind I give this album a solid 9 out of 10! Go pick it up and you wont be disappointed. Have a Happy Thanksgiving and until next time nation. STAY LOUD!