I finally had some free time and I am able to give you my thoughts on the latest VIP guest for BronyCon. Former Supervising Director, Jayson Thiessen.

I had the pleasure Moderating his panels at the final Grand Brony Gala and not only was he a blast to have around. He was also very honest. See one of the biggest questions that surrounded the MLP spinoff series Equestrian Girls was why do the girls have skirts instead on pants? A lot of Brony youtubers believe it was either A. Make them more marketable to girls. Or B. To make them more attractive. Turns out NEITHER of those were true. According to Jayson. The real reason is……Pants cost more to make……..Yeah……THATS IT!

See he got an email from their Marketing/Brand department saying it would cost them to much money to make pants for all these toys. Now you might be thinking. What? An inch of fabric? Thats gotta be pennies on the dollar right? Yeah but, when you have to manufacture MILLIONS of these toys and ship them across all over the globe. Those pennies are gonna add up FAST. So in the end, the sole reason why they have skirts. Is because they couldn’t afford pants and at the end of the day your wallet plays a big part in what gets made.

So if you want a real honest answer to your burning questions about the show…Don’t look to your favorite brony youtuber. Look to the writers, the directors, and the producers. The voice actors might have some information but everyone else on the show has way more. So please line up to meet these people and show your appreciation. Get a photo with them, buy an autograph, and thank them for not just their work but, for giving you an honest answer.

As far as some of his credits go. Thiessen is best known as an animated film and television director, with more than 20 years of experience. He served as the Supervising Director and Co-Executive Producer for the “My Little Pony: Friendship is Magic” television series between 2010 and 2015, directing classic episodes such as “Boast Busters” and “Luna Eclipsed” among others.  Special agent Thiessen has also directed the “Equestria Girls” and “Equestria Girls – Rainbow Rocks” spin off movies, and directed the full length 2017 feature film “My Little Pony: The Movie.” He has received multiple Leo Award nominations for his work on the television series.

In terms of importance for our event, Thiessen holds a candle like no other. In September of 2011 at our second ever convention he was the first member of show staff to ever appear at BronyCon when it served only a few hundred people in New York City. This will be his first time returning since then and we can’t wait to have him help us close out this chapter together.

For more information about Thiessen and all of our other Guests of Honor for BronyCon 2019, agents can visit bronycon.org/guests.

This is the Concert Cruiser and I just watched this video from ROCK FEED where Mike Shinoda of Linkin Park spoke about where they should go when if they decide to get a new singer. You can check out the video down below.

And it got me thinking…..Who do I think would make for a good replacement for Linkin Park? So I thought I’d give you guys my opinions.

2. Jonny Santos: From the bands SpineShank and Silent Civilian. Jonny has a growl/scream that could punch through a brick wall but, could still sing softly at the drop of a hat. Jonny has a pretty good range and to be honest…His former band SpineShank is one of the most underrated bands ever.

3. Spencer Sotelo: From the band Periphery. This guy is already a Demond behind the mic but it’s his soft and high pitch singing that really sold me on this suggestion.

4. Corey Taylor: From the bands Slipknot and Stone Sour. Corey has an enormous range as well and just like the rest on this list. He is mostly known for his screaming but, his actual singing is REALLY nice and can sell any emotion. Even the stuff from A Thousand Suns and One More Light.

5. Adam Gontier: The former singer of Three Days Grace and the current singer of Saint Asonia. While I don’t know if he has as big of a range as everyone else on this list or just as powerful. Adam does have this gravely (or rusty) feel to his voice that I think would make a great addition to Linkin Parks sound.

So those are my top 5 picks for who I think would make a good replacement for Linkin Park. If you disagree or have a better idea. Let me know. I would like to know what you guys think and until next time Nation…STAY LOUD!!!

I’m actually a big fan of her Character Princess Cadence. She maybe seen as just some Barbie Doll princess but she’s a Mother and a Wife first and a Princess second. Plus she has had some pretty good adventures in the comics and seeing how Valentines Day was just a couple of days ago. It’s rather appropriate that we got the Princess of Love.

McKillip also has an impressive resume outside of “My Little Pony” as well. Her additional roles include Princess Harumi on “Ninjago: Masters of Spinjitsu,” Cloe in the “Bratz” series, as well as Hannah Marie in the “Scary Godmother” series of films. Outside of voice acting, Britt and her sister Carly make up the country music duo, One More Girl.

For more intel on McKillip and all of the other special agents attending BronyCon 2019, please visit bronycon.org/#guests.

We just got an update from OZZY’s wife Sharon Osbourne. She says “He’s doing good. He’s breathing on his own. He’s overcome by the response he’s had.” 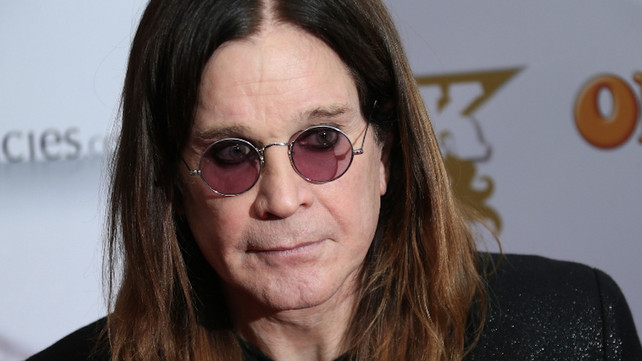 Now as exciting as this all is. They’re not out of the woods yet. He still has a ways to go but, he is certainly on his way.

As most of you know. OZZY checked into a hospital recently but, we found out was rushed to the ICU (Intensive Care Unit). Doctors Believe he may have contracted Pneumonia which for people of 70 can be fatal. 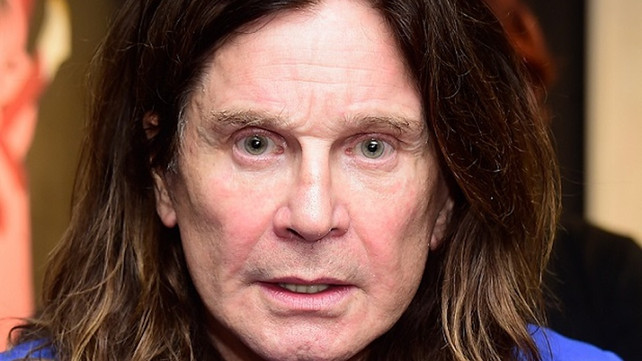 An “Insider” to THE SUN:

“Poor old Ozzy hasn’t had the best of times. He’s been really struggling with flu which turned into bronchitis. Doctors feared he could contract pneumonia which, in a person over 70, can be fatal.

“This sparked a lot of panic among those closest to him, but doctors reassured everyone he was in the best possible hands.

“Ozzy’s a fighter, and is getting better day by day. The worst is over, he’s smiling again, and he can’t wait to get up on stage.”

I just got word that BronyCon’s Application for Artist Alley is finally open. Check out all the information down below.

For our final mission this year everyone has a vital role to play. We’re putting out one final call to bring in individuals who work on a different scale and we’re excited to give smaller artists a chance to vend at the convention as we announce the launch of Artist Alley applications!

Artist Alley tables are for those who create their own products or who perform commissions at the event. These spots are cheaper than traditional vendor hall booths and come in two sizes; single/half-table (4’) or double/full table (8’).

Interested individuals can find the application and marketplace guildes on our website at https://bronycon.org/exhibit. We encourage all potential applicants to review our updated policies before submitting. The application will close on February, 28th, at 11:59 PM EDT. Please note, those that have already applied for BronyCon’s vendor hall will be notified of their application status prior to the closing of artist alley applications.

As many of you know. This year will the last BronyCon and for their first guest they are bringing back Ms. Andrea Libman.

A very good choice in my opinion. Not only is she the voice of 2 fan favorites (FlutterShy and Pinkie Pie) but countless others like Bon Bon/Sweaty Drops, Fleet Foot, Lily Lace and so on. But, she’s also been in an array of other cartoon shows. Such as The DuckTales reboot, Dragon Tales, StrawBerry ShortCake, and even Generation 3 of My Little Pony.

For more mission intel regarding Ms. Libman, as well as everything else regarding BronyCon 2019, check out our website at bronycon.org/#guests.

I got some good new and bad news. The bad news it, it looks like Fort Rock is not returning this year. I wish I had answers as to why but I sadly I do not. The Good News is INKCARCERATION IS!

We got a pretty solid line up here. We got out headliners like ShineDown, Godsmack & Five Finger Death Punch but, we also have acts like LIVE, Taking Back Sunday, Seether & Skillet. Great to see that LIVE is making a comeback and i’m surprised with some of the bands they got. P.O.D, Stabbing WestWard, Smile Empty Sole, & From Ashes to New. I haven’t heard much from these bands in a while. I’m glad they’re still going and still getting noticed. I hate to see all that talent not get recognized. Bands however are only half of the equation for this festival. Here are the tattoo artists.

I don’t know much about the tattoo seen but that is MASSIVE. Plus just like last year. They also got Food Trucks & Beverages, Tent & RV camping, a haunted house attraction, and just like last year This festival will be held in the Historic Ohio State Reformatory. You can get tickets at this link https://inkcarceration.frontgatetickets.com and until next time Nation…STAY LOUD!